Charrier coffee (Coffea charrieriana) is famous for producing caffeine-free coffee beans. A Cameroon native, this is the only known caffein-free coffee species from Central Africa. 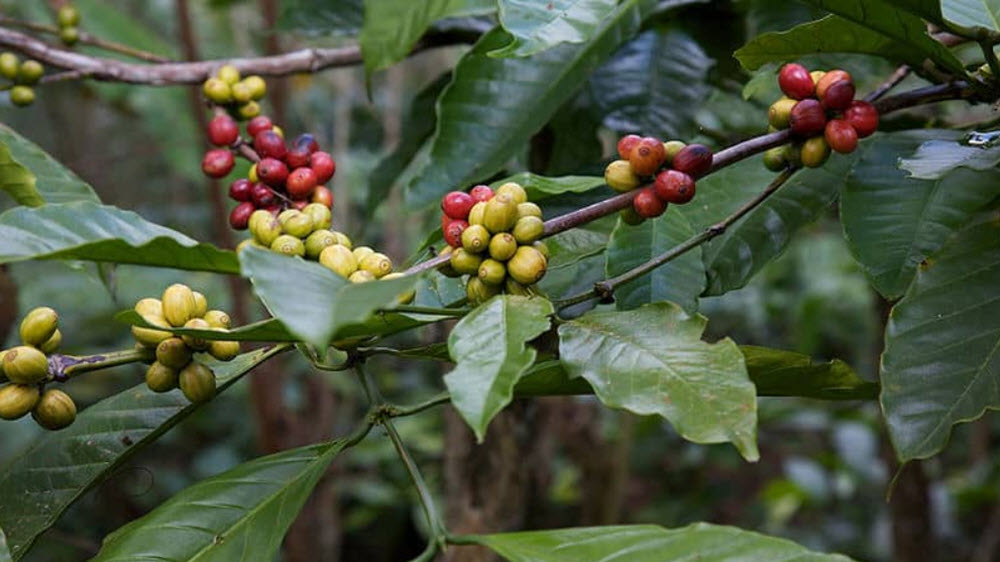 The species was scientifically described in 2008. For more info, see:

The Highland Coffee of Sierra Leone (Coffea stenophylla) is a coffee species from West Africa. It is native to Sierra Leone, Liberia, Guinea and the Ivory Coast. While the more famous C. arabica plant produces drupes that turn bright red when ripe, the ripe drupes of C. stenophylla are of a dark purple hue. 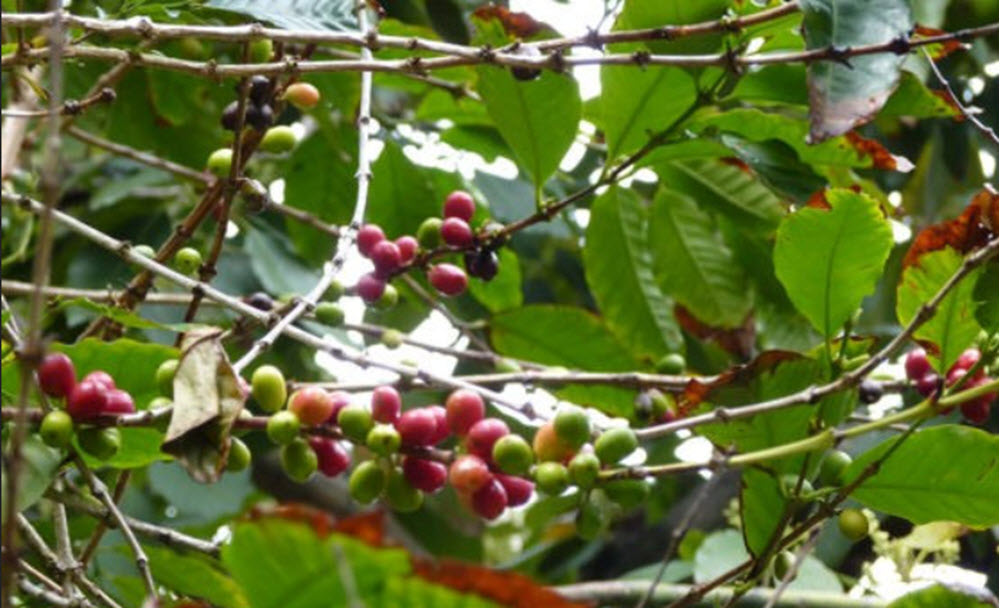 The Swedish botanist Adam Afzelius encountered this unusual coffee species and wrote about it in the 1700s, and it was described scientifically in the 1800s by the Scottish botanist George Don. Seeds were sent from Sierra Leone to England, and the species was soon cultivated by the Royal Botanical Gardens in Kew, London. Seeds were also planted at the Royal Botanic Gardens in Trinidad, producing plants that flowered for the first time in 1898. The Superintendent of the Royal Botanic Gardens in Trinidad reported that the beans produced an excellent cup of coffee, one that was equal to the finest Arabica coffee.

The specific epithet stenophylla is a reference to the narrow leaves of the plant. In Greek, stenos means narrow and phyllon means leaf.

Liberian coffee (Coffea liberica) is native to Western and Central Africa, where it grows from Liberia to Uganda and Angola. 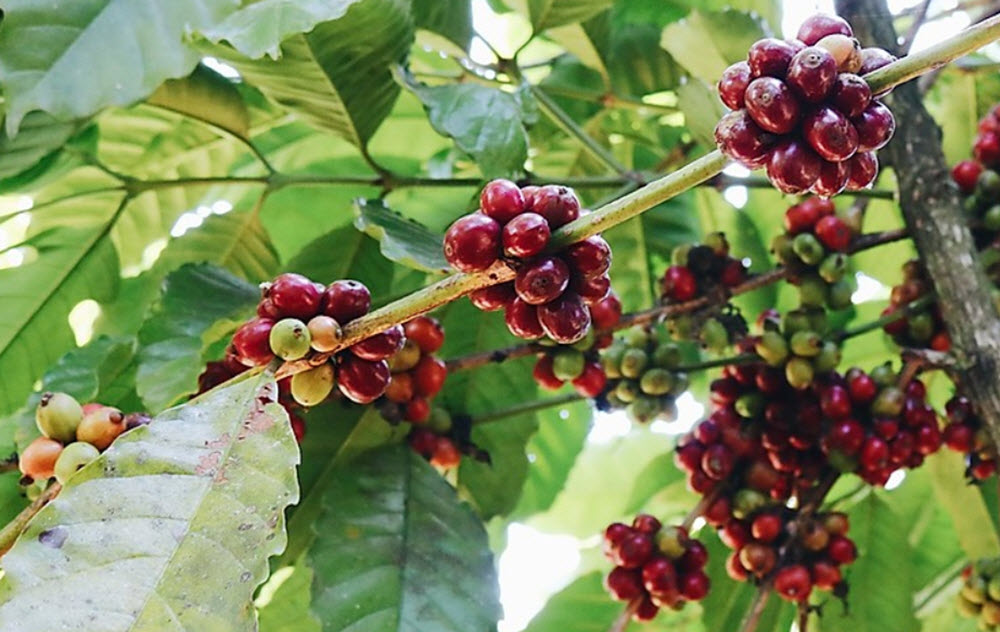 Coffea liberica is sold as a high-end speciality coffee and is quite expensive in the trade. The caffein content is higher than Arabica but lower than Robusta.

These three used to be considered separate species, but are today (since 2006) considered synonyms for C. libercia var. dewvrei.

C. liberica has become naturalized in several places outside its native range, including Malaysia, the Philippines, Indonesia, the Seychelles, and the Andaman & Nicobar Islands (India).

Examples of places where this coffee is cultivated:

The species was brought to Indonesia in the late 1800s as a replacement for Arabica plants that had been wiped out by coffee rust disease, and its introduction to the Philippines was carried out for the same reason. Today, the Batangas and Cavite provinces of the Philippines are home to a special variety of C. liberica known as “barako” or “café verraco”.

Migration from Java (Indonesia) brought C. liberica to Malaysia in the 19th century, and the plant is still cultivated in Malaysia’s Coffee Belt on the West Coast of Johor.

Guyana, small nation on  the northern mainland of South America, is home to a rare cultivar of Liberica. This cultivar only grows in Guyanas part of the Amazon Rainforst.