Coffee cherry tisane (coffee cherry herbal tea) is a beverage made by soaking the dried skins of the coffee drupe in hot or cold water. Coffee cherry tisane is made from parts of the drupe that remains once the seeds (“coffee beans”) have been removed. It is commonly known as coffee cherry tea, but does not contain any leaves from the true tea plant Camellia sinensis.

The drupes of the coffee plant are called coffee cherries since they somewhat resemble cherries, but the coffee species are not closely related to the true cherry plants. 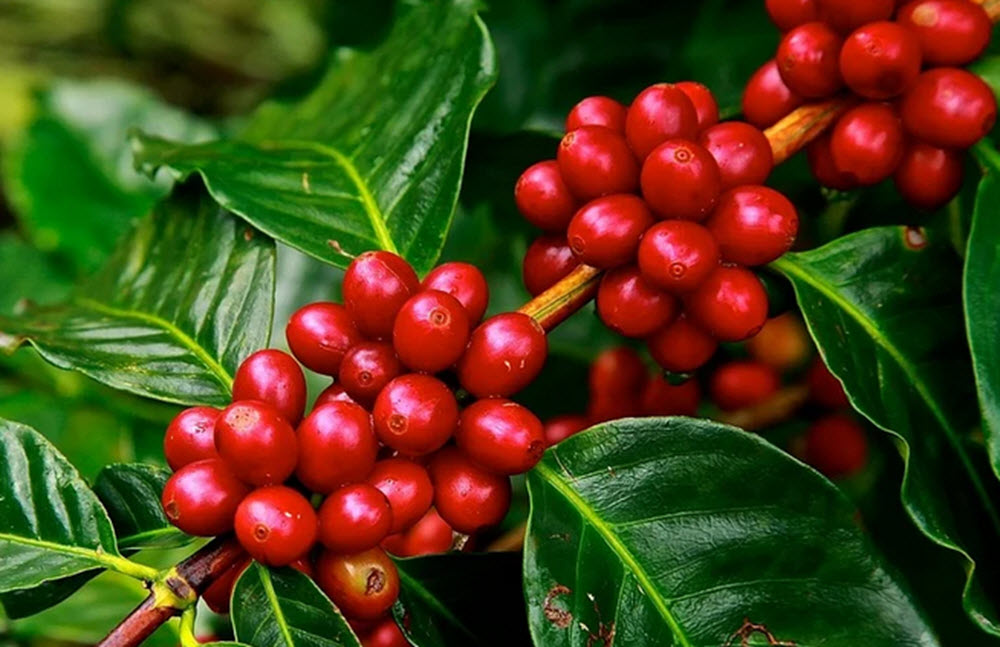 Two examples of countries with a long tradition of consuming coffee cherry tea are Yemen and Bolivia. Outside the coffee-growing nations, coffee cherry tea is still relatively unknown, but demand has increased notably in Europe and the United States in the 21st century.

The consumption of coffee cherry tea has been hailed as a way to make the coffee industry more environmentally sustainable, as coffee operations in many countries could stop the wasteful practise of simply discarding the cherry as a worthless byproduct as soon as the coffee beans have been extracted from the drupe. Processing the cherry and turning it into a desirable product would also create an additional stream of revenue for coffee-growing regions.

The coffee cherry tea became more widely known in North America in the late 2010s, as both Starbucks Coffee and Nestlé-controlled Blue Bottle Coffee featured coffee cherry based beverages on their seasonal menus, under the Spanish-language name cascara. During the fall of 2019, Dashfire Bitters of Minnesota launched a ready-to-drink Manhattan cocktail containing cascara, and Shake Shack began serving a cascara shake.

Several companies such as Twin Engine Coffee sells coffee cherry tea that you can prepare at home.

No, coffee cherry tea has a very different flavour profile and is more reminiscent of fruity herbal teas than standard coffees.

No, the resulting beverage does not look like a cup of coffee. A cup of coffee berry tea is dark red, and looks more similar to a dark red cordial than coffee.

Does it contain caffeine?

Yes, coffee cherries – and the resulting beverage – contains caffeine. (Unless they are made from one of the very rare versions of coffee plant that do not produce caffein, but these plants are exceedingly rare in the trade.)

On average, coffee cherry tea contains about 25% of the caffeine found in a standard cup of coffee.

How to make a cup of coffee cherry tea

There are many different methods, based both on tradition and trends. Start out by following the instructions on the package, as they are adapted to the specific product. Grounded coffee cherry is for instance brewed differently from non-ground coffee cherry.

Important: Cáscara Sagrada (holy husk) tisane is not the same thing as coffee cherry tisane. Cáscara sagrada tisane is derived from the plant Rhamnus purshiana and is a powerful laxative.

In Bolivia, coffee cherry tea is called sultana, and is made from sun-dried and lightly roasted coffee cherries. It is traditionally drunk pure or flavoured with a stick of cinnamon. In the coffee-growing regions of Bolivia, it is referred to as “poor man´s coffee” and “coffee of the Army” as it cost less than making coffee from coffee beans.

Quishr is a traditional hot drink from Yemen, made from spiced coffee cherries and ginger. Sometimes, cinnamon is also added.

The coffee cherries are not roasted for quishr, and it is thus easier to prepare a cup of quishr than roasting the beans required for a cup of coffee. Some scholars argue that quishr was actually drunk in Yemen before coffee-drinking caught on there.

Another beverage also known as quishr was once upon a time made in Yemen from the pulp of fermented coffee berries. This version of quishr, which is similar to wine, was made from the drupes of coffee shrubs growing in Muslim Sufi gardens, and the beverage was utilized for religious ceremonies.