The early history of coffee

Unsurprisingly, many legends surround coffee and coffee consumption and it is difficult to how much truth there is in the stories. The earliest substantiated report of human coffee consumption is from the 15th century CE, when a member of a Sufi monastery in Yemen knew about the coffee produced in Ethiopia. His name was Sufi Imam Muhammad Ibn Said Al Dhabhani and he imported goods from that part of Africa.

The coffee merchant Philippe Sylvestre Dufour has managed to find a reference to bunchum in 10th century CE texts produced by the Persian physician Muhammad ibn Zakariya al-Razi, but these writings do not include any definite information about the actual preparation of a beverage from roasted coffee berries. 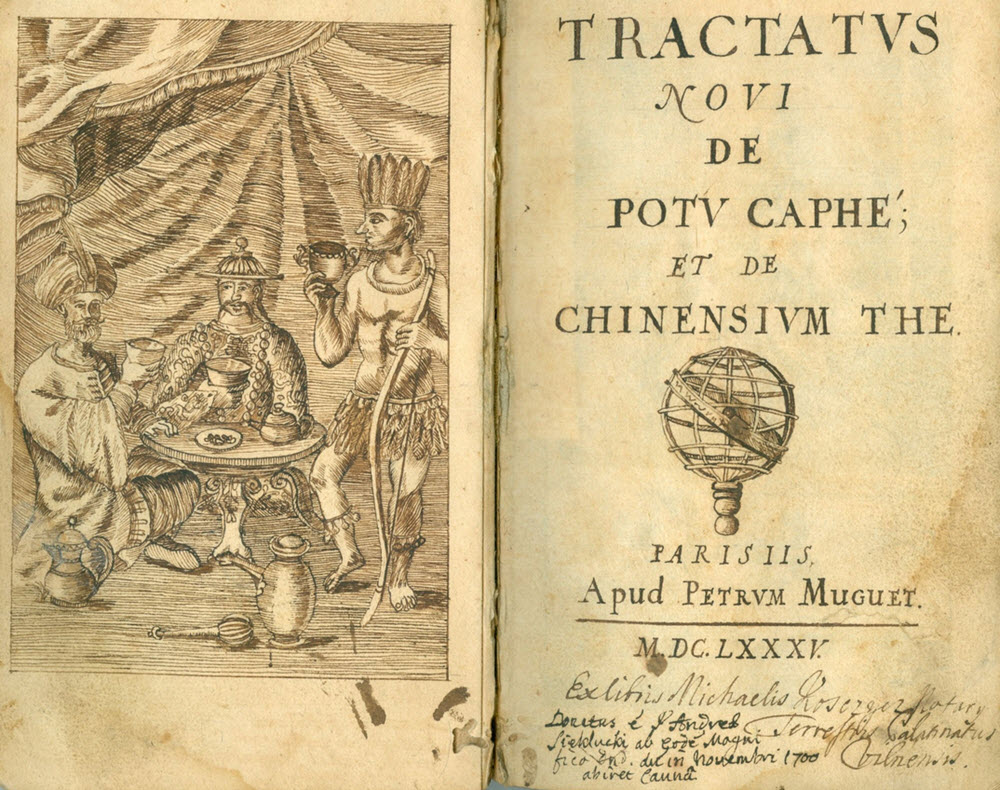 From Yemen, the consumption of coffee spread to connected areas, including the cities Mecca and Cairo where it was banned on religious grounds before the 15th century was over.

By the 16th century, it was already known in faraway places such as Karnataka on the Indian subcontinent.

The earliest known export of coffee from Ethiopia was carried out by Somali merchants from Berbera and Zeila who obtained it from Harar and the Abyssinian interior and brought it to Yemen. Harar is a city located on a hilltop in the eastern part of Ethiopia.

In Yemen, members of Sufi monasteries drank coffee to stay awake and concentrated, and also to achieve form of spiritual intoxication, during their long chants of the name of God.

Abd al-Qadir al-Jaziri is one of the most important early writers on coffee. In his compilation Umdat al safwa fi hill al-qahwa, created in 1587, he sought to trace the history of coffee – including the legal/religious controversies.

Al-Jaziri writes about how Sheikh Jamal-al-Din al-Dhabhani, mufti of Aden, started drinking coffee circa 1454 and that the Sheikh noticed how the coffee drove away fatigue and lethargy, and “brought to the body a certain sprightliness and vigour”.

According to texts written by Al-Jaziri, the habit of drinking coffee spread north from Yemen (Arabia Felix) to both Mecca and Medina, before continuing to large cities such as Cairo, Damascus, Baghdad and Constantinople. The coffee plant was known in Mecca as early as 1414.

By the early 1500s, coffee had spread from the port Mocha in Yemen to the Mameluke Sultanate of Egypt and North Africa. Since coffee was still strongly associated with the Sufi, the neighbourhood around the religious Al-Azhar University became a focal point for coffee houses in Cairo. Eventually, coffee houses began to pop-up in other cosmopolitan cities, such as Aleppo in Syria and Constantinople in the Ottoman Empire.

Before long, coffee drinking had spread throughout the Middle East, the Ottoman Empire and the Safavid (Persian) Empire.

Mocha: a hub for the coffee trade

Captain Haines, who was the British colonial administrator of Aden in 1839-1854, wrote about the coffee trade in the region, and according to him, Mocha imported up to two-thirds of their coffee from Berbera-based merchants before the British-controlled Aden captured the coffee trade of Mocha in the 19th century.

The word coffee comes from the Arabic qahwah, but it didn´t go directly from Arabic to English. Instead, qahwah became kahve in the Ottoman Turkish language, transformed from there to the Dutch koffie, which then entered the English language as coffee in 1582.