Coffee is prepared from the seeds of Coffea plants. The standard method involves drying and roasting the seeds (known as coffee beans) before grounding them and using the grounds to prepare the finished beverage. The roasting process is quite complicated and can be adjusted in various ways to impact the flavour and aroma of the beverage. The standard method for making a pot of coffee is to brew the grounded coffee with near-boiling water, but several other methods exist – and some of them even used cold or lukewarm water.

The two dominating Coffea species in the global coffee trade are the Coffea arabica used to make Arabica coffee and the Coffea canephora used to make Robusta coffee. In 1927, a hybrid between the two species was discovered in Timor, and it was used to breed a coffee plant with better genetic resilience to the disease coffee rust. 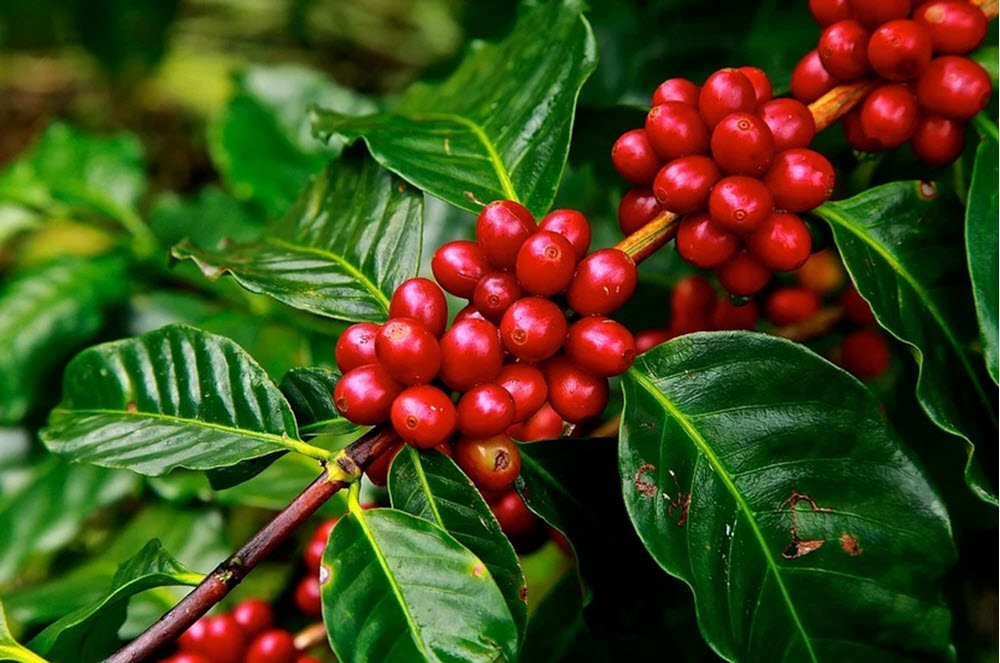 Unsurprisingly, a drink held in such high esteem as coffee is surrounded by many elaborate origin stories, some of them even involving angels or other supernatural beings. Below, we will share a few of the most widely known myths and legends explaining how humans started drinking coffee.

Kaldi the goat-herder & the local monks

In this origin myth for coffee consumption, a 9th-century goat-herder named Kaldi noticed that the goats got very active after eating bright red berries from a certain bush. Kaldi chewed the fruit himself and noticed that they were energizing. He, therefore, brought berries to a monk in a nearby monastery, but the monk disapproved of them and threw them into a fire. From the fire some came an enticing aroma, which prompted the interest of other monks. The now roasted beans were raked out, ground up and dissolved in water – the world´s first cup of coffee.

The earliest known version of this story in writing is from 1671, roughly eight centuries after the supposed event.

The Sufi mystic of Morocco

In this legend, a Moroccan Sufi mystic named Ghothul Akbar Nooruddin Abu al-Hasan al-Shadhili was travelling in Ethiopia when he noticed some very energetic birds feeding on red berries. He tried the berries himself and experienced a strange boost of energy. His discovery eventually led to coffee becoming the popular drink it is today. 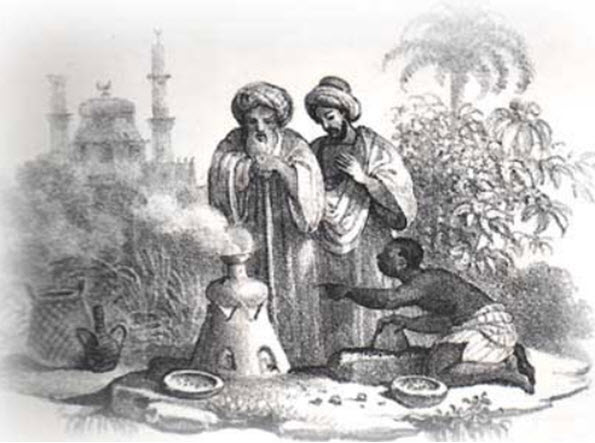 According to an ancient chronicle preserved in the Abd-Al-Kadir manuscript, Sheikh Abu al-Hasan ash-Shadhili had a disciple in Mecca named Omar who was renowned for his ability to cure the sick through prayer. After being exiled to a cave in an arid region near Ousab, Omar was without food, but found some red berries growing on a nearby shrubbery. He chewed the berries, but found them bitter. He roasted the beans, hoping they would taste better, but they turned hard. Omar took the hard beans and boiled them to soften them. The water he put them in turned into a fragrant brown liquid, wich Omar drank. The drink revilized him and sustained him for days. Stories about Omar´s miracle drink began to spread, and when they reached Mecca, he was asked to return.

In large parts of the Islamic world, coffee quickly became strongly associated with religious practises, as it helped the devoted to fast during the day and stay awake late at night during Ramadan. It is, therefore, no big surprise that stories emerged about how it was Muhammad himself that had brought coffee to man, with the help of the archangel Gabriel. According to one version of this myth, coffee was given to man to replace the wine which Islam forbade. 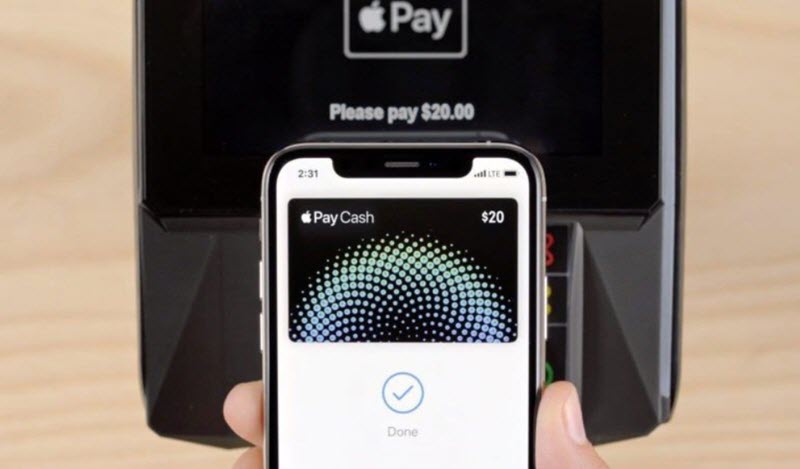 Apple Pay is a payment service developed by apple.  It is only available for the iPhone, iPad and computers running the web browser Safari.  It is a mobile payment and digital wallet service that is designed to be safe and easy to use.  A lot of coffee shops and cafes allow you to pay using Apple pay.  One example of a coffee shop that accepts Apple Pay is Starbucks.  Using Apple pay is an easy way to pay. We recommend that everyone use Apple pay to pay for coffee and other small purchases. Doing so can help alleviate the coin shortage that certain parts of the US experience.  By using Apple pay we can prevent this situation from getting worse.  You can use Apple pay to pay for almost anything. There are even Apple Pay casinos.  Casinos that allow you to gamble using Apple Pay to deposit money to the casino.’

If you are using an Android phone then you will be unable to use Apple Pay. Do not worry. There are several other services that work just the same that you can use instead. One good example of this is Google Pay.  Google Pay is basically to the same as Apple Pay but offered by Google,  The developer of Android, instead of Apple.